Things to Do in Mawgan Porth and Around

Plenty To Do Around The Park

Peaceful and relaxing, our pretty village is ideal for those who like their Cornwall holiday to be low key. It has just enough facilities and attractions of its own to satisfy visitors of all ages without being overwhelming or commercialised, yet is close enough to major towns for access to all he amenities you could possibly need.

Spend the day on the beach

Sheltered by high cliffs on each side, west-facing, award-winning Mawgan Porth Beach has the same golden sands as the rest of this stunning coastline but is just far enough away from the bigger resorts, such as Newquay and Padstow, to be free of crowds. Families love it for its rock-pools, cave and stream, and for its space for traditional games and kite-flying, and there’s also disabled access and a year-round dog-friendly policy. It’s generally safe to swim here but there’s seasonal lifeguard cover for reassurance.

As well as following the South West Coastal Path, you can amble inland along the Vale of Lanherne to St Mawgan-in-Pydar with its quaint buildings, Japanese garden, ancient ford, antiques shop, and lovely tea-room and pub.

Mawgan Porth’s own surf school, Kingsurf, holds tripadvisor’s Certificate of Excellence. Instructors here get all ages, abilities and levels of experience out on the water for fun surfing lessons for all whether it’s a simple taster session or a week-long course. Alternatively, bring a bodyboard to the beach and just have fun on the Atlantic swell under your own steam. When the sea is calm, there are also several dive sites in the Mawgan Porth area, including some dramatic shipwrecks to explore.

Eat fish and chips on the beach

The Park Cornwall has its own great restaurant, The Kitchen by the Beach, serving fresh seasonal seafood in many guises.

One of the most Instagrammable hotspots on the north Cornish coast, this iconic beach is dotted with colossal granite rocks said by local legend to be stepping stones for the Giant Bedruthan (they appear as sea stacks when the tide is in).

There’s a steep cliff staircase down to the gorgeous amber sands, closed from November to mid February. The National Trust car park at the top of the cliffs has glorious views along the coast. Join the South West Coastal Path at Bedruthan Steps and enjoy strolling past a string of hidden coves, wind-lashed headlands and pretty resorts like something lost in time.

This small, family-run farm park is a popular mix of animals, rides and ‘free-range family fun’. Among the former are some resident alpacas, although the real highlights are the baby animals that can be visited from Easter through to September, including lambs, calves and piglets. Other attractions include a miniature ride-on railway, mini-golf, pedal go-karts, giant trampolines and a games room. 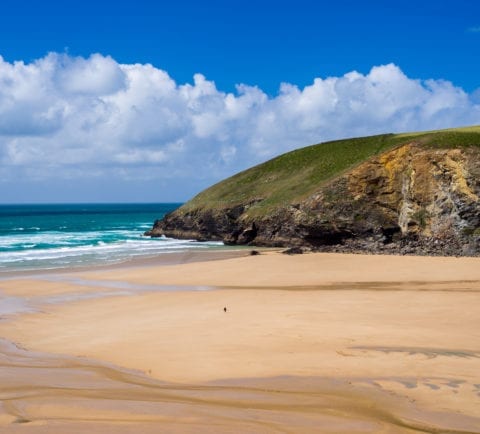 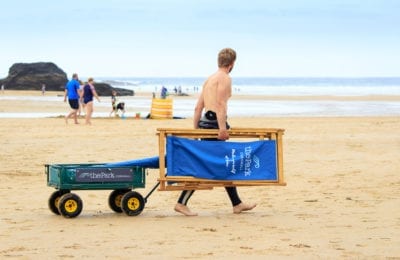 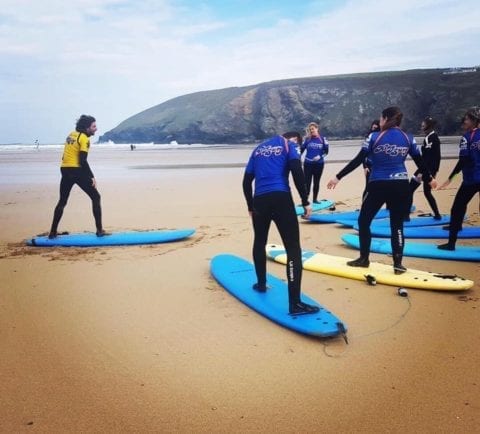 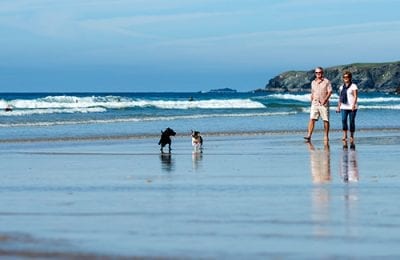 Thinking of spending Christmas with us.... Don't leave anyone behind...even the pooches need a holiday Rock and Roots Forest School Weddings in Cornwall at The Park Mawgan Porth Christmas in Cornwall 10 Tips for Taking Your Dog on Holiday What to Do on Family Holidays In Cornwall 7 Unmissable Cornish Music Festivals When's The Best Time To Visit Cornwall? The Park, Cornwall Celebrates South West England Tourism Excellence Award Win